As the neuroscience of addiction lab is also highly involved in teaching at the University of Amsterdam, we would like to share some of the great output from our recent bachelor course on addiction. In our ‘Food for thought: Student Edition’ series we will share some excellent essays on a variety of addiction related topics. This time you will have the opportunity to read Roos van Oeveren’s essay on ‘Competing models of addiction: two sides of the same coin?’.

About the author: I am a third year Psychobiology bachelor student at the University of Amsterdam. Whilst still deciding on my future specialization, I took the course “addiction” as an elective. I was deeply fascinated by the topic, and I found the neurobiology of addiction especially intriguing.

Competing models of addiction: two sides of the same coin?

Addiction has become a widespread problem. In the United States, 8-10% of people aged 12 years or older are estimated to be addicted to drugs such as alcohol, tobacco and also illicit drugs (Volkow, Koob & McLellan, 2016). With the goal of finding effective treatment, research into the underlying neurobiological mechanisms of addiction increased over the span of the last few decades. A long-accepted theory, that most scientists still admire, is the Brain Disease Model of Addiction (BDMA). This model is suggested by Leshner (1997) and recognizes addiction as a chronic, relapsing disorder characterized by structural brain changes. This model provides structure to the creation of social and health policies, behavioral treatments, and novel medications for addiction. However, some researchers have started questioning the brain disease model recently.

For example, Hall, Carter & Forlini (2015) state that the brain disease model of addiction is only accepted for social implications. Nonetheless, the model has not led to novel effective treatments and it lacks evidence based on animal and neuroimaging studies (Hall et al., 2015). In addition, brain alterations as found in addiction are thought to be an expression of natural brain plasticity, such as learning and development, instead of a disease (Lewis, 2017; Lewis 2018). Finding a comprehensive model to describe addiction is necessary for the development of effective treatments. However, scientists pleading contradicting models drive us only farther from this goal. According to Lewis (2017), the brain disease model of addiction and his proposed ‘developmental-learning model of addiction’ cannot be combined. However, I believe that these two models can be joined together into a novel, comprehensive model explaining addiction.

Firstly, a closer look into the brain disease model of addiction. Addiction has been described in three stages that are associated with different brain areas that indicate that addiction relies on mesolimbic reward systems. These stages are 1) binge/intoxication, mediated by the ventral tegmental area and ventral striatum, 2) withdrawal/negative effect, mediated by the amygdala, and 3) preoccupation/anticipation (craving), mediated by a broad network consisting of areas involving in craving and disturbed inhibitory control (Koob & Volkow, 2010). Throughout these stages, dopamine is an important transmitter that enhances structural changes in synaptic networks, such as in the striatum which mediates the pursuing of rewards (Koob & Volkow, 2010). These brain alterations are in line with the behavioral sensitization towards drugs seen in addiction.

The developmental-learning model of addiction recognizes the neurobiology of the brain disease model. However, it is viewed as a result of natural brain plasticity in the context of learning and development. The idea is that brain alterations should be expected in the presence of an addiction since our brain is supposed to change as a result of new experiences (Lewis, 2017). Addiction is seen as another experience that is strengthened by emotions and social influences. Desire shapes synaptic configuration thereby increasing sensitivity to cues associated with what is desired, resulting in a vicious circle of behavior or drug-taking (Lewis, 2017). The origination of addiction is not different from any other habit; however, it emerges more rapidly and more radical brain changes are observed due to the high motivational value of drugs.

Despite being based on the same neurobiological information, Lewis (2017) claims that the brain disease model and the developmental model of addiction cannot get along. The main statement is that the point of view on the neuroscientific research is very different for both models. Whereas the BDMA draws on the principle of ‘neuronormativity’, the developmental-learning model is based on neuroplasticity. In other words, according to Lewis (2017), the BDMA recognizes only two stages, either ‘normal’ or ‘pathological’, whilst the developmental-learning model acknowledges exclusively ‘normal’ states scattered in the spectrum of radical habit development.

Nonetheless, science nearly never succeeds to draw a harsh line between ‘pathological‘ and ‘normal’, as disorders and diseases go through development and therefore exist gradually in a spectrum. Rather the arbitrary concepts of the Diagnostic and Statistical Manual of Mental Disorders (5th ed.; DSM-5) suggest a harsh lines between ‘pathological’ and ‘normal’ whilst it is acknowledged that disorders develop gradually. For example, in Alzheimer’s disease the distinction between ‘normal’ and ‘pathological’ forgetting is vague. Yet, it is accepted worldwide that Alzheimer’s disease is, in fact, a disease. Regarding this point of view, I propose that the mechanism through which addiction develops is indeed part of the natural, healthy neuroplasticity in habit formation. However, the rapid and radical development that Lewis (2017) states as characteristics of addiction are capable of shifting the addiction into the characteristics of a disease. Additionally, “developmental psychopathology” is an acknowledged term for other disorders that develop in a vague zone between pathology and learning, such as depression and anxiety disorders (Lewis, 2017). Lewis (2017) believes that explaining the etiology of addiction through natural plasticity excludes a disease. However, addiction is the only habit in which we observe such strong and radical habit formation, making the association with normal brain development unfair. We should, contrary to the BDMA, recognize the etiology of addiction through natural brain development mediated by strong motivation. Nonetheless, it is not excluded that this disease can develop through a natural mechanism.

In addition, Lewis (2017) does not distinguish between different types of addiction. However, difference in brain activity for different substance addictions (nicotine, alcohol and cocaine) in the amygdala and anterior cingulate cortex (ACC) have been found (Kühn & Gallinat, 2011). Analyzing brain changes in addiction as a pure expression of normal, standardized brain development fails to explain different effects of different substances. This suggests an effect on the brain activity by the substance itself, alongside the brain alterations due to habit formation. This could be in line with the idea that addiction develops through natural brain mechanisms. I propose that the substance has an extra effect on the neuroplasticity itself, leading to radical, pathological brain development and is in line with what is stated above. An important difference to the BDMA is that the BDMA assumes substance use to be the cause of all observed brain alterations. I believe the substance radicalizes normal habit formation into a pathological habit formation.

Furthermore, addiction is known to be related to genetic vulnerability (Ouzir & Errami, 2016). Yet, Lewis (2017) did not recognize any genetic factors underlying addiction vulnerability. A genetic predisposition for developing an addiction indicates a relationship to a disease. However, the presence of individual differences, such as sensitivity, do not exclude the collaboration between genetic influences and natural mechanisms. Individual differences are the rule and not the exception. Throughout the whole structural and functional development of the brain, individuals differ. The genetic vulnerability could result in a sensitivity for developing radical habit formation, which is in harmony with the aggregation of the BDMA and the developmental-learning model.

Moreover, this genetic predisposition in combination with natural neuroplasticity is in line with research into the social plasticity hypothesis. Briefly, this hypothesis states that vulnerability to social influences (such as peer pressure) increase the chance of excessive substance use when this is used in one’s social environment (Cousijn, Luijten & Feldstein Ewing, 2017). This hypothesis is mainly based on risk and resilience to addiction in adolescence, however, it is also in line with the broad idea that vulnerability to addiction shows high individual differences due to genetic predispositions and that the habit itself (for example excessive drinking use), can also differ between individuals (which is also strictly stated in the developmental-learning model (Lewis, 2017)).

Regarding current scientific knowledge as stated above, the brain disease model of addiction and the developmental-learning model can be combined into a novel, comprehensive model. Harsh distinction lines between pathological and normal habit formation should not be the goal and zones of change should be accepted. It should be highly recognized that I was not able to fully elaborate on all aspects of both models, and further, that more research is needed to expand this novel model. Moreover, combining the BDMA and the developmental-learning model can fulfill the need of a basis for novel treatment. Treatments of addiction based on the BDMA fail to be effective (Hall et al., 2015). Whilst the developmental-learning model fails to explain all symptoms of addiction (as elaborated above), the combination of both models could provide a basis for effective, novel treatments of addiction and new social and psychological policies. Future research should focus on individual treatment as proposed by Lewis (2017) regarding individual development, perspectives, goals and capacities in combination with research into genetic predispositions and the effects of specific substances. 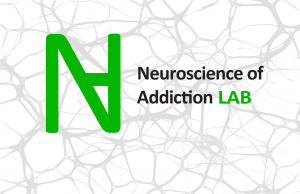